To help combat the spread of coronavirus alcohol dispensers and temperature monitors have become the normality in many public places. By combining these devices with an access control system can help enforce their usage. See videos below

The demand for flexible office hours is rapidly growing around the UK due to the massive amount of freelancers and contractors using shared office spaces and working varied hours and shifts. The result of this change in working habits is that offices need to be manned 24/7 or you need to implement an access control solution.

Our Access Control Software combined with our hardware means there are several options to control access to the buildings.

There are various types of key cards that can be used as an alternative to the traditional metal key and will open an electronically-powered door if you swipe it (swipe reader), tap the card on it (proximity reader), or insert it (insert reader).

Here at sensor access, we provide the following options:

Once you have decided on the type of Access Control Solution you wish to implement then the next decision is to choose your Access Control Software, we recommend our new Guardpoint 10 software. 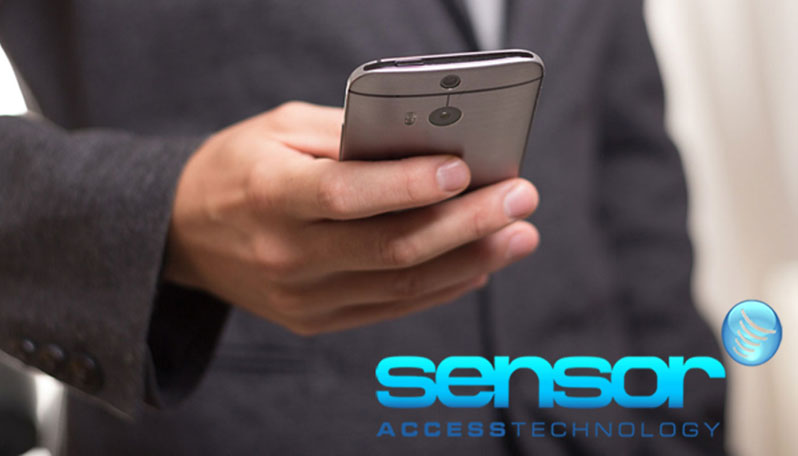 Within an access control system, there are often many features and capabilities which are overlooked or that people are unaware of. These features can often increase the security and efficiency of the system. Below are a couple example features which can be used in our GuardPoint Pro system.

One of the many benefits of our GuardPoint Pro software is its versatile capacity to adapt to various different needs and requirements. There are many features within our access control solutions which often get overlooked, such as our auto-emailing feature.

Automatic inhibition is also a useful feature on big and busy systems. If a card has not been used for a certain period of time, it will automatically become invalid after a set number of days. This feature is useful as it will automatically block cards that have been lost, yet unreported, to the administrator. This feature is especially useful on diverse systems where it can sometimes be difficult to tell whether employees still exist or have left the company etc. This avoids human error on managing the live card population, therefore increasing the security of the system. 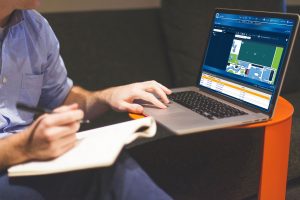 For further information on the features above, please contact us and we will be happy to assist you 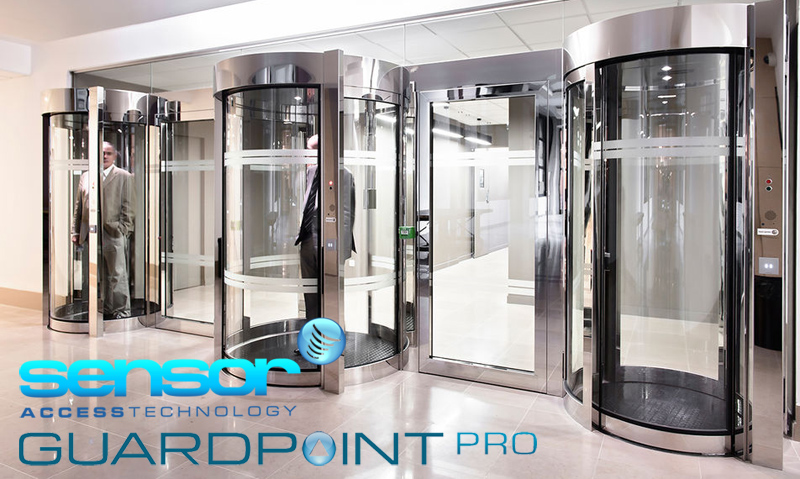 A mantrap is an access control feature which provides high security measures for a designated area with two or more doors. Mantraps are used in secure areas to effectively detain unauthorized personnel. This design is typical of high security locations such as banks and hospitals.

In simple: a mantrap requires personnel to enter through the first door of the assigned location – while the other doors remain closed – before they are granted access at the second door.

A mantrap consists of two or more doors – a perimeter door and an interior door closest to the protected area. The perimeter door and the interior door must be equipped with locks, door sensors, and readers. Access is granted either through the reader or through its RTX button, and the door status is given by the defined door contact. Second access cannot be granted from the reader until the previous door is opened and then closed. This security process allows only one single door to be open at a time, so once access has been granted to the first door, the outside door remains locked. 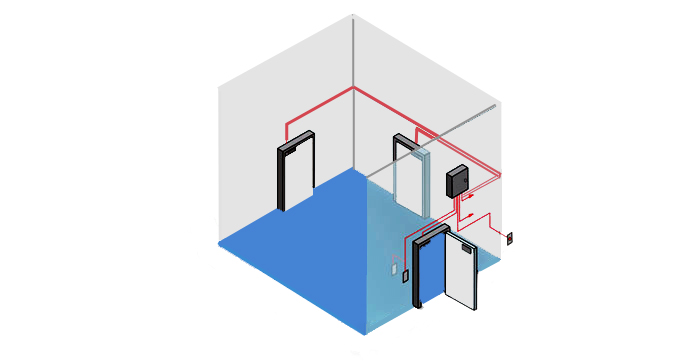 Figure 1: image of an example mantrap

The mantrap feature is standard in all versions of the GuardPoint Pro Software. A standard door controller which supports two or more doors is all that is required, no additional hardware needed. GuardPoint Pro also has the flexibility of harbouring different variations of the standard mantrap. For instance the second door can automatically open after the first door is closed or the second door could require additional acknowledgement from an input before opening.

If you have a mantrap requirement or wish to find out more please contact us on either of the following:

Are you considering whether to upgrade your access control system to use biometrics?

The key benefits of using biometrics as opposed to using standard proximity credentials are:

Both of Sensor Access’ access control solutions can be integrated with fingerprint biometrics. When considering fingerprint biometrics it is important to consider the environment and the people who will be using them. If the environment or the user’s hands are very dirty it would be worth considering readers which can read the finger a few layer of skin below the surface. For situations of where people do not want fingerprint data stored centrally, it would be worth considering storing their own fingerprint on a smart card that they carry with them. Using a smart card which carries your fingerprint means the reader itself no longer need to store the finger templates which means no limitation to its capacity. 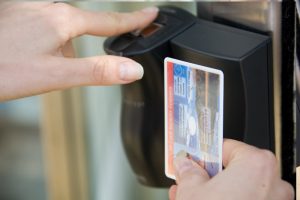 Anti-Pass Back (APB) is to prevent the cardholder from handing his card to another person to use. To use anti-pass back, you would typically have a reader on both the entrance and the exit sides of the door. Once the cardholder has used his card on the entrance, the card cannot be used again at the entrance until it has been shown to have used the exit.
Anti-pass back (APB) is most commonly used in car parks and on turnstiles on construction sites or sites using the access control system as a form of time and attendance.

APB is a proven and effective way of managing car park spaces as it prevents a second car access on the same credential. For T&A situations it can also prevent people from presenting their friend/colleague’s cards as it will not work again to allow the late colleague through unless the badge was clocked out again.

When using anti-pass back, it is always best practice to wire a door contact. The access control system can be set to only move a cardholder from one area to another unless it sees a valid card followed by a movement in the door rather than just the valid card being presented.

Both VantagePoint and GuardPoint Pro can use all types of anti-pass back. VantagePoint is unique in that the controllers can update APB movements to each of its controllers over an ethernet and without the server software running.

To learn how to setup anti-pass back in VantagePoint see:

GuardPoint Pro access control software has been further enhanced to meet the increasing demands and regulations of increased personnel security checks for multiple vertical markets. EU legislation is forcing employers to prove, without question, that they have taken out all necessary security checks on their workforce prior to employment and are held criminally accountable for any illegitimate staff under their management. The new “as standard” GPP feature allows the user to automatically scan IDs; Work permits, Passports, driving licenses etc, in fact an unlimited number of user definable documents and certifications relevant to their industry, and attach directly into the card holder record.

END_OF_DOCUMENT_TOKEN_TO_BE_REPLACED

We use cookies on our website to give you the most relevant experience by remembering your preferences and repeat visits. By clicking “Accept All”, you consent to the use of ALL the cookies. However, you may visit "Cookie Settings" to provide a controlled consent.
Cookie SettingsAccept All
Manage consent

This website uses cookies to improve your experience while you navigate through the website. Out of these, the cookies that are categorized as necessary are stored on your browser as they are essential for the working of basic functionalities of the website. We also use third-party cookies that help us analyze and understand how you use this website. These cookies will be stored in your browser only with your consent. You also have the option to opt-out of these cookies. But opting out of some of these cookies may affect your browsing experience.
Necessary Always Enabled
Necessary cookies are absolutely essential for the website to function properly. These cookies ensure basic functionalities and security features of the website, anonymously.
Functional
Functional cookies help to perform certain functionalities like sharing the content of the website on social media platforms, collect feedbacks, and other third-party features.
Performance
Performance cookies are used to understand and analyze the key performance indexes of the website which helps in delivering a better user experience for the visitors.
Analytics
Analytical cookies are used to understand how visitors interact with the website. These cookies help provide information on metrics the number of visitors, bounce rate, traffic source, etc.
Advertisement
Advertisement cookies are used to provide visitors with relevant ads and marketing campaigns. These cookies track visitors across websites and collect information to provide customized ads.
Others
Other uncategorized cookies are those that are being analyzed and have not been classified into a category as yet.
SAVE & ACCEPT
Posting....